This piece is dedicated to those who are bored, thus spending evenings watching “Finding Bigfoot” on the Animal Planet Network.  The BFRO team behind the show is not working for me.  They stink as much as common charlatans in the woods. 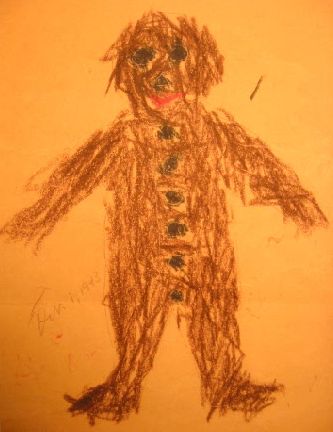 Upon receiving the Eight Billionth award for a man not believing in Sasquatch, I will provide my acceptance speech….with a few exceptions.

This is embarrassing, yet personally rewarding.  Officially, I am out of the closet.  I don’t believe in Sasquatch.  There.  Are you happy?  (Applause from existing hairy, but not that hairy bipeds…. and  grizzly quadrupeds clapping)  That makes a little sense.

I have a gathering of people I wish to thank for opening my door called reality, sanity, and get your head out of your ass, you idiot.   It was a sturdy door for thirty years, but that door made of particle board and ten cent penny nails has officially fallen from Squatch Land, or as many now call it “Sasquatchlandia”.  My beliefs have crumbled like this hard taco disgracefully falling upon a carpet on this day of reckoning.  Sadly, truth is much harder than fiction.

Before the music starts, I will, with great brevity and furious anger, thank those crushing my imaginary dreams that a kind and gentle giant roaming the woods of the great Northwest could possibly exist.  They are the Bigfoot Research Organization (BFRO), or now referred to as the Big Fraudulent Research Organization.  Although you are disgraceful to those who drive cars and pay taxes, I thank you for keeping me and others from staring out of our heavily wooded northwestern hillside just to catch a glimpse of something that no longer exists.  Now, my nephews and nieces wishing to stay in the Sasquatch Guest Room (something I once took pride in designing), overlooking that hillside, will no longer have nightmares, and will just enjoy the view.   I thank you for that. Good luck.  Stay bipeds.  (more awkward applause, because the crowd, much like a shark smelling blood from a mile away, can equally sense the smelliest of odors in the first row……sarcasm)

At a confused and influential age, (that means from the time of conception until now) I have imagined and dreamed about something existing which didn’t include my six older brothers and six older sisters.  Something more exciting, less painful, and perhaps a breakthrough in science.

Let’s talk logic.  Forgive me, because I’m not really used to the word logic.  I am familiar with the terms, Anthropology and Cryptozoology.    These are the studies regarding specimens known to exist and those we wish to exist.  The late and great, Grover Krants, a professor at Thee! Washington State University, at the very least, provided scientific knowledge of how this Gigantopithecus could exist.   It wasn’t a joke.  It was scientific, and further, a bit intriguing.  This hairy biped could roam the earth smelling the dandelions and hiding in caves while tricking us all to believe he or she may or may not continue to stroll through areas humans have infested.

We strive for honesty, and in this world, there is very little.  But, evidently,  little proof is better than none at all.  This is when we grow up.   We try to believe in things such as Bigfoot and baseball’s designated hitter.  Neither will ever exist because of two reasons.  Sports writers won’t acknowledge one and the other simultaneously.  That statement sounds as cloudy as all the pictures, film strips, drawings and voice recordings combined regarding the elusive Sasquatch. (I can’t believe I have to use a capital “S” when spelling it.  It’s simply ridiculous.  Yet, not quite as ridiculous as the Five Sasquatchions making money off of people watching Animal Planet.

These people make entertaining the notion of the unknown deem laughable, and have demolished my fantasy of having a Sasquatch over for Thanksgiving.  It’s just not going to happen.

Myth: The people hosting this show on the “Animal Planet” in the woods maintain some sort of credibility.

Myth:  They set the bar high for those who wish to discover items such as the moon or the Pacific Ocean.

Fact: The only bar they set is at a bar.

Myth: Definitive evidence……something that crunches in the darkness does not mean a Sasquatch is arriving for dinner, even though he or she may be hungry.

Fact: Disputing and debating a frozen leaf falling from a tree can only be described as irrefutable casual evidence.

Fact: The Joke is on us.

My wife and dogs were convinced the other night our woods were filled with squatches. After detailed investigation, our deck was just covered with falling leaves and crap.

Go on with your lives, and stop trying to tease me.

6 thoughts on “The Importance of Not Finding Sasquatch”