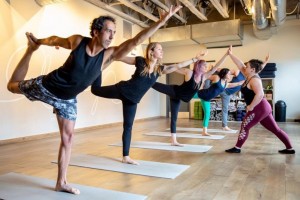 “Yoga and teaching middle school student minds”… I feel dreadfully sorry for my teacher friend, Clark, who is forced to recommend both when someone doesn’t turn in an assignment.  Rather than explaining to the student, who requires essential skills for becoming an adult, why he or she is receiving an “F” for not turning this mysteriously pesky paper, a counselor advised him that the student needs both counseling and Yoga.  According to the counselor, this student also needs self regulation.

Clark, is a well respected math/science teacher, and he loves baseball.  You’re hired.  With brutal honesty, years ago, after he was late for his interview, we had a proper or, to me, improper list of questions.  Much to the dismay of our Principal, who for some odd reason liked me, I delivered the first interview question. “What’s the score of the Mariner game?”  After being caught in traffic between Walla Walla, Washington, home of the minor league Sweets, and his destination, Spokane, Washington, home of the former Indians, current drunks and gamblers, I only required one answer. Three to two, Yankees on top.  Discovering he wasn’t a Yankee, I thought that was a proper conclusion to beginning and continuing story of his beloved career.  I was fired shortly after the interview.  Actually I wasn’t, but probably should have been.

Clark’s students will remain unemployed if they don’t take his advice.   Self regulation is just a couple of BS words.  Not only do they not know the ABC’s, or a time’s table unless it’s sitting next to a cell phone, they don’t understand that life is mainly regulated by “the man”. Because of Clark, they do know the ABC’s and the times.  They also know how to juggle.

Staple your papers.  Turn in your assignments.  Even if you hate it, buckle your seatbelt.  If you don’t, crap will follow you.  So will the cops.