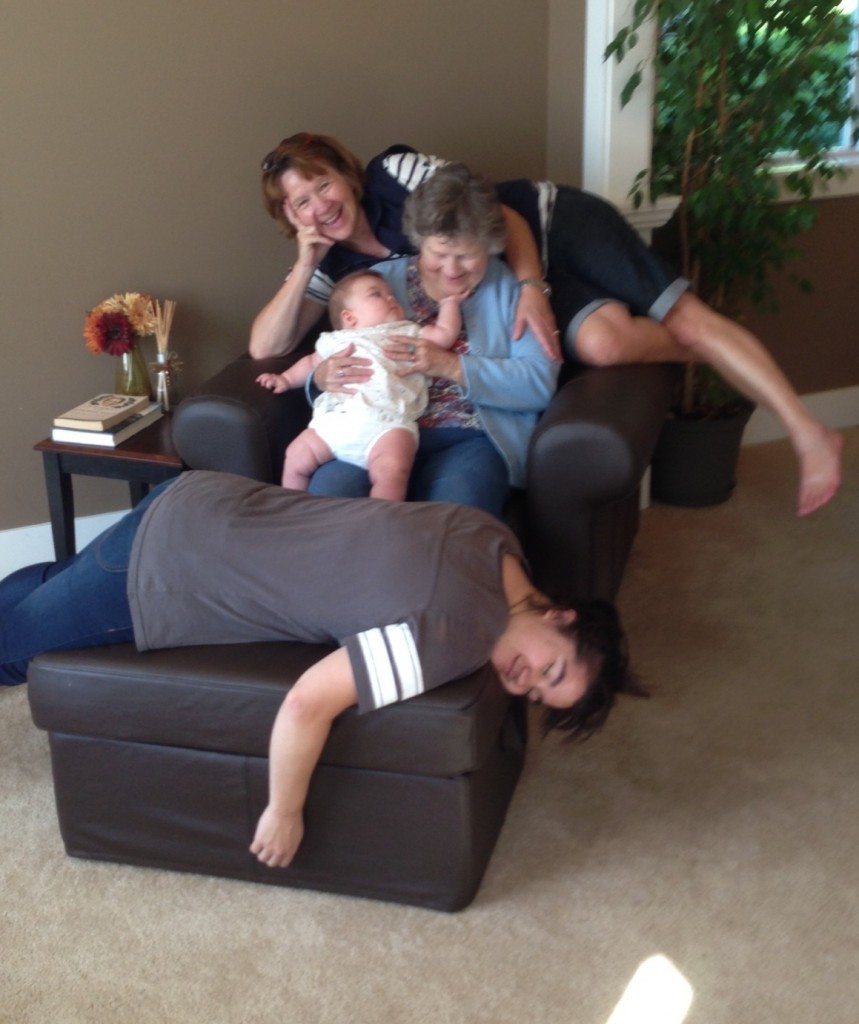 (perhaps this should be prefaced with a Kevin Bacon reference to six degrees of separation, but since we’ve all watched Footloose, you get the picture)

This picture is worth at least four degrees of generation.

The first degree:  That’s my mother.  She looks the most comfortable because she doesn’t have to give birth to another child. Evidently, thirteen was enough.

The Second degree:  That’s my sister.  She looks like she’s having fun.  Do you know why? She has given birth to two children and is enjoying life knowing she never has to give birth to another.

The Third degree burn:  That’s my niece lying flat on her face because she is realizing her beautiful baby, Emma, will someday become a teenager.

The fourth degree of generation:  That’s my grand niece hoping I will live long enough to tell her the story of how cute all of them were on this wonderful day of recognizing generations.

The first degree took a nap while the second and third degree went on a walk destined for the beach.   The fourth degree just took a stroll with a glorious smile on her face after dipping her toes in the Sound known as Puget.

At zero degrees fahrenheit, our dog, Etta, and I took a swim in the Sound and a picture of these terrific young ladies.

3 thoughts on “Four Degrees of Generation”