Sometimes we must question life’s unwritten rules concerning kindness, generosity, leniency, genealogy and forgiveness.  That’s a Crapload of rules. On an otherwise sunny day ago, I wasn’t up to the task.  I buckled under the pressure of a nephew I didn’t even know existed, but it made me think, which is unusual.

I am not a father, but unfortunately, I am an uncle. (Secretly, I love being an uncle because I adore each and every one of my fifty three nephews and nieces, even though I probably don’t know a third of them)  Caring for them as family and friends, I hope the feelings are mutual.  However, I don’t enjoy surprises, and sometimes, having such a large family, it feels like there is a surprise in the mailbox every day, and the surprise has a dollar sign written all over it, but the dollar signs aren’t always written in blood.  It is not always an invitation to to a blood related nephew or niece’s birthday party but perhaps just a friend’s child’s birthday fiesta.

An uncle is often required to perform certain duties.  Although sounding cruel, this certainly should not be misunderstood as a negative observation, but rather, promoting the importance of understanding the wonderful but sometimes puzzling difference between family and friends.  Let me give you an example.

An old friend you haven’t seen for quite some time greets you in a line at a local grocery store with his 10 year old son in tow.  (This is an exaggerated version of something that has happened to me and many others)

(Keep in mind the last time I saw this child was at the hospital where I delivered a ten dollar gift which was probably used as a dog toy upon return from the hospital, so I didn’t blame him for wondering why he didn’t know he had an “Uncle” Ben.)

Me: (After awkwardly greeting my brand new nephew, I turn to his father, Todd, really wishing to have spent more time in the grocery store latrine.  We shake hands) Boy, it’s been a while, Todd.  I thought you moved out of the state.  How are you? Are you here on a visit?

Todd:  Oh no, me and Siggy here got sick of the old lady so we made an agreement.   I could have Siggy, and she could take the house.  (sheepishly chuckling) Pretty good deal, huh?  So, now we’re back living on the corner of 4th and McPhuket.

Me:  Wow, sorry about the split…….hey, you’re a stone’s throw away from where I live on 5th and DePuke.  (temporary lack of judgment)

Todd:  Great!  Do you have plans for the weekend?

(Shit. Having absolutely no plans but to watch some baseball, my rolodex of excuses was out of reach.)

Todd:  Terrific! You can come to Siggy’s Birthday Party!  Wouldn’t that be just excellent, Sig Boy?

Cha Ching!  Oh, why couldn’t he have loved baseball?  At least then I’d have fun shopping at Big 5.  I’m not a great lover of soccer, and after all, isn’t this about me and not this Siggy clown?

Trading phone numbers and exchanging phony smiles, as well as a firm handshake (I think I hurt his hand…… 🙂 we parted ways without so much as my new nephew acknowledging the toilet paper dragging from the bottom of my sneakers.  (Little Son of a Nevermind)

Fulfilling my duties of purchasing a thirty dollar ball that people are only allowed to kick, and suffering through a dreadfully boring party, I felt my little uncle pity party should end because it wasn’t that bad.  Thus, I decided to get bloody positive recollecting the fond parties I attended of my own kin over the last thirty seven years. (My first nephew was born when I was three years old.  He did not receive a gift from Uncle Ben.  I am the youngest of thirteen children.)

Now as an uncle, one is requested to perform certain duties.  It’s a long list but we’ll start with the simple four requiring no financial responsibility whatsoever, which sometimes makes them the most difficult.  You must remember names, and you must remember birth dates.  Then, when those nephews and nieces develop into adults and deliver spawn of their own, you must remember more names and more birth dates.  Those are the toughest four duties, but if you master forgetting them all, it can save you a hell of a lot of dough.  It’s a rocky road of parties when the parents know your number and that you still live in the same town.  It’s even a rockier or dirtier road when the parents don’t call to remind you, but the nephew or niece is making the calls.  This is the point in the uncle/nephew/niece relationship when the uncle must find a new address in a foreign city or country thus escaping the straight jacket of uncle responsibilities.  The uncle’s only cost?  Marriage.  In order to move out of certain cities in the U.S., an uncle must have probable cause other than ignoring his nieces and nephews.  He must obtain a VISA which can only be granted if the uncle is choosing to live a life of wedded blasphemy, or bliss, overseas or just across the political boundaries of the State where the uncle currently resides.  If the uncle survives the marriage for at least two years, he is granted full uncle sovereignty.  He is allowed independent authority over a geographical area deeming it as Uncle Territory.  Nieces and nephews are not allowed to cross into this territory unless they know his wife’s name and birthdate.  However, upon visitation rights to nephew and niece territory, he is strongly recommended to attend birthday parties in said territory if it happens to arrive on the dates he is visiting.  At the very least, if he is unable to attend, he must display a form of sincere shame.

Returning home, my wife and I decided we had time to calculate the amount of money I saved over the years by being a lousy uncle, but we did it just for kicks and out of curiosity. (Kind of like those times when you try to figure out the amount of money wasted on ATM charges; you get through about two years, throw up, and try to drink those memories away.)

ROUGH ESTIMATES OF WHAT I OWE OVER JUST TWENTY YEARS ASSUMING EACH GIFT IS THIRTY DOLLARS A PIECE: (This is rough because there probably are siblings floating around I don’t even know about because when I call my dear mother, she usually mentions a name and I respond with a “who?” and she says, “you know, your nephew, Pat’s new baby boy, Rocco!  He’s your new Grand Nephew, you knucklehead!   My last question, echoed with grand emphasis, “WHO THE HELL IS PAT!?”  Unlike mine, my mother has a memory like a steel nap, I mean steel trap, of course.)

-A Grand Total of: 53 nephews and nieces

-$1,590 dollars times 20 for the years I’ve stiffed them:  $31,800 owed including Great Grand Nephews and Nieces without interest.

(Turns out I’m a pretty Great Uncle after all)

We can go further and provide estimates of graduation gifts, weddings, baby showers and bail, but we won’t.  That I refer to as The Grand Slam of Obligations.  You are lucky if you get one of those from me.

Fortunately, none of my nephews and nieces will read this, but if they do, please feel free to land on our doorstep with your head held high and hand outstretched, and be prepared to accept yet another UBOU.  Uncle Ben Owes U.

My point is not that I am an inhumane beast of a man.  It’s just that I have enough nephews and nieces to ignore of my own.  I don’t need any honorary or fake ones to ignore as well.  My friends know exactly how I feel about this issue, so instead of honoring my thoughts, they do precisely what I would do to them.  They have their sons or daughters call me on Christmas Eve, and bellow, “MERRY CHRISTMAS, UNCLE BEN!”  I respond just as the title of this piece states, “I AM NOT YOUR UNCLE!”  Bless their souls, they laugh, and we all get a kick out of it. 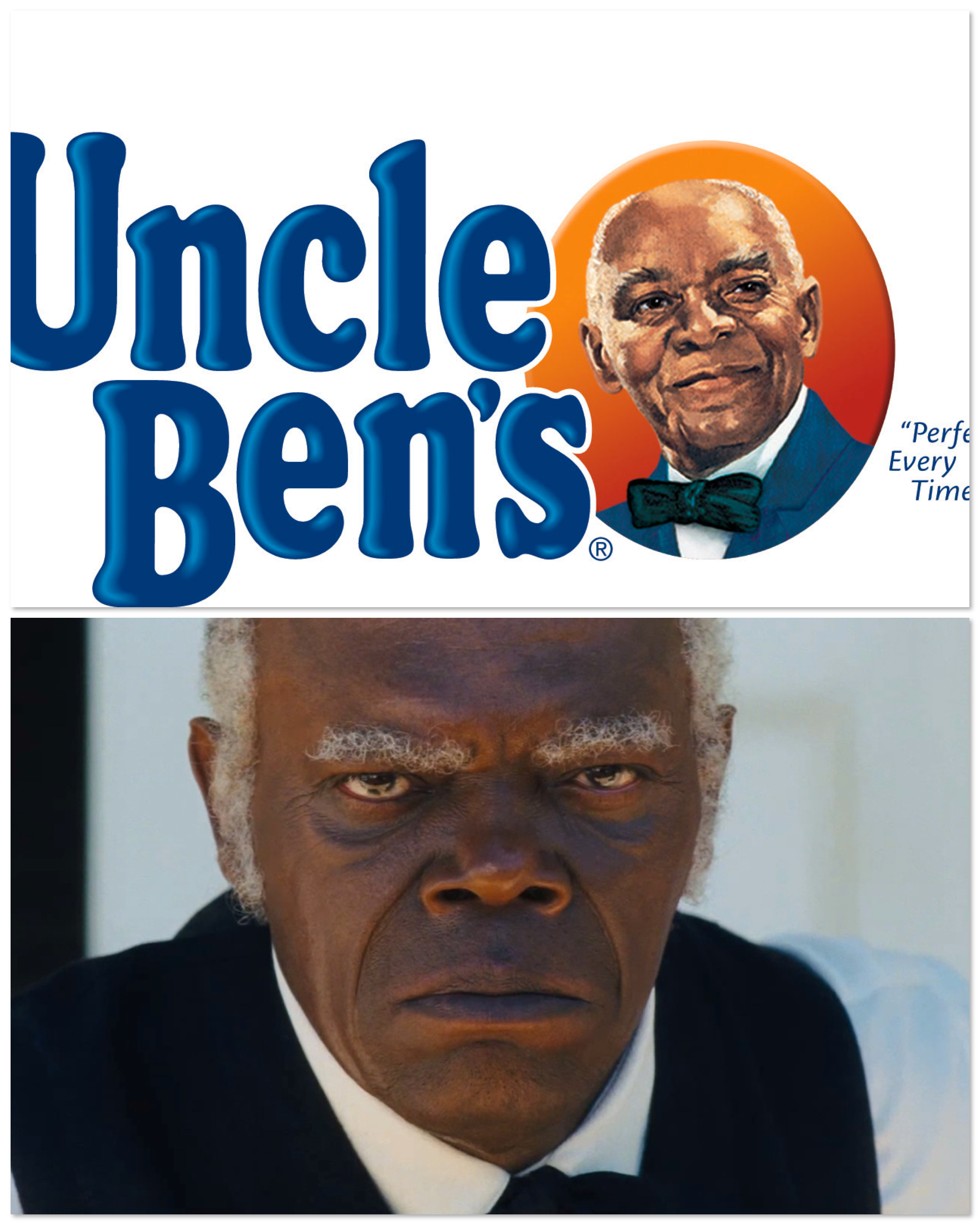