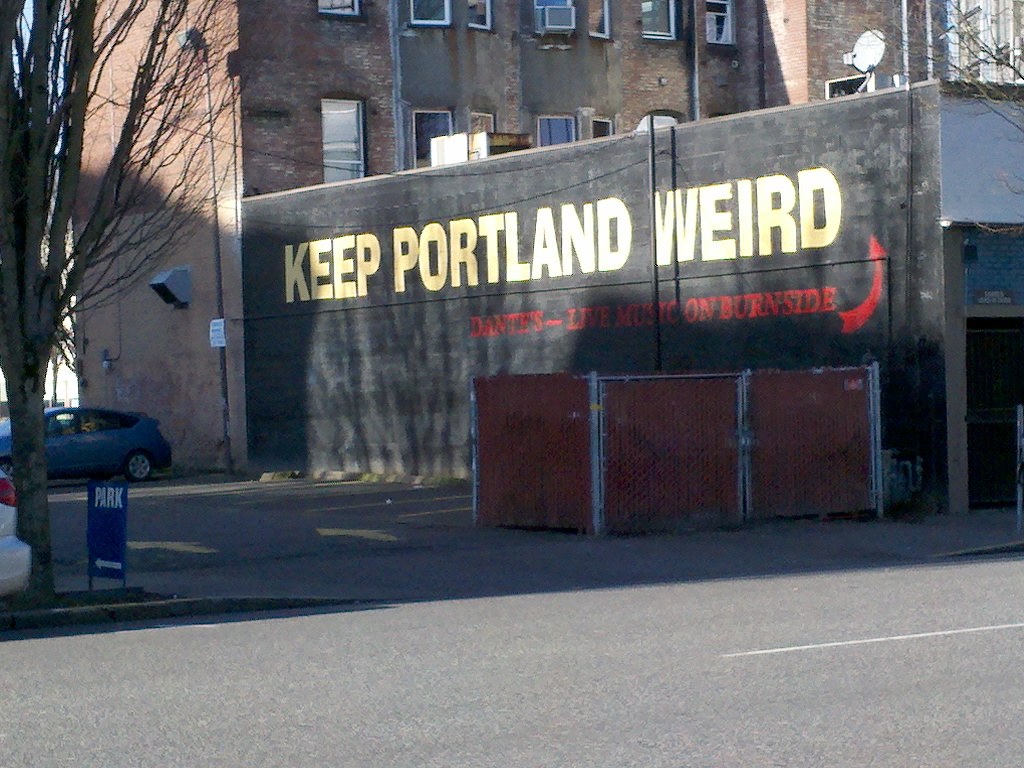 Traveling abroad, meaning three pavement hours from our house, my wife and I felt as though we required a passport.  Not because of the three car pile up en route to Oregon from Seattle which added an additional three hours, but because we were entering a semi mythical land called Portland.  Not quite fitting in, we should have taken our passports.

I am a throwback from 1973.  That means I was born in 1973.  I remember the Seattle Super Sonics winning an NBA Championship in 1978, but I don’t remember the Portland Trailblazers winning the title the year before.  Portland, to me, only existed for two reasons: A couple of brothers.  One lived in a suburban house located close by in Gresham, Oregon……home of the Gophers, and the other traveled there from time to time on business tours.  Interesting, but not intriguing enough visit Portland Proper.

Watching and being entertained by a show called “Portlandia”, my wife and I felt intrigued enough to visit.  We wanted to know if it is a Real Landia.  I guess we may have felt it was like Atlantis.  So, let’s just call it Atlandia, for now. 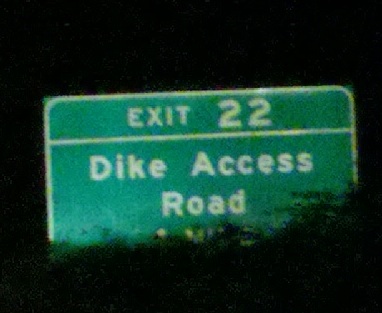 Research allowed me to recognize this city to be a bit liberal.  Living in Seattle, I completely understand what that term means.  However, I didn’t know they had signs displaying how liberal they are before even arriving in this very fair city.   Just short of Portland, Exit 22 read, Dike Access Road.  That was our introduction.  The pictures then followed with the pudding……which was terrific.

Portland is worth a thousand pictures.  I’ll leave the last for best.  That’s Portland.

Before displaying these pictures, I must choose wisely regarding their order of importance.  This has been a dilemma for me because I am completely distracted by how goofy this city is and hopefully remains.  Let’s begin with the words and phrases, and synonyms.  “eccentric”.  “unbalanced”,  “unearthly colorful”, “odd and unusual”, “weird but has money”, “strange”.  All valid definitions.  I, personally, decided to define Portland as the way we experienced Portland.  “Charmingly Ridiculous”.  We fell in love with the ridiculous, yet charming atmosphere surrounding a city you may not believe in before leprechauns and unicorns.

Most of this blog is not about pictures.  It’s about the process.

1) Loser:  This graffiti is located on the top of a dilapidated building.  Why would one go 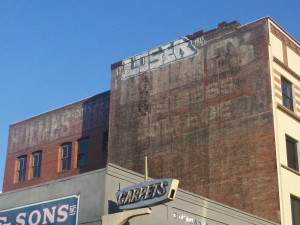 to great lengths just to invalidate someone’s brilliant masonry?  When spray painting the white word, “LOSER”, atop a building, are they referring to themselves?  Personally, I  don’t know how this person paid for or developed the scaffolding to accomplish such a deed.  You lose.

2) If anything is really weird, stupid, or can’t sell in Portland, you just put a bird on it.  Although permanently borrowing this idea from the television show, the birds do exist on anything that won’t sell………because they’re so cute when not on your windshield. 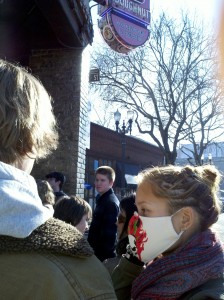 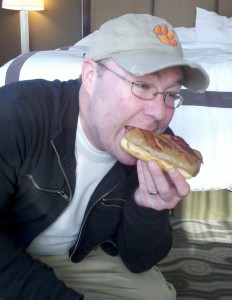 bacon wrapped maple doughnut from a place called “voodoo doughnuts” while waiting in a one hour line to have brunch with the devil.

4)Euro Trash:  That is indeed the name of this culinary cart.  I qualified for only reading the menu.  Accepting it as a compliment, I still was not allowed to order any trash. 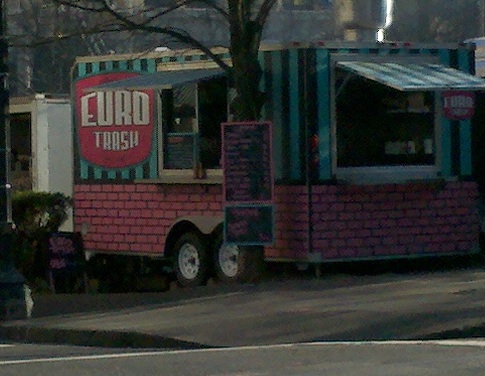 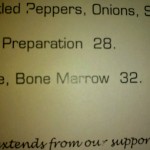 5) Bone Marrow and Cedar Plank Receipts:  Literally, both were served at the SouthPark restaurant.  We were in charge of  recycling the wood.  There are no wood chippers allowed in Portland.

6) Pillows:  At the hotel, you are required to request your pillow.  They come with all shapes colors and dimensions.  Fluffy is not on the list.  Hard candy and peanut brittle is on the list.  Crispy Cream?  No means no!  You can also eat it in the morning if you aren’t willing to brush your teeth.  White is just simply not on the list.  When we asked for a special order, “the cedar plank pillow”, they became angry and told us to order room service.   This is Portland, not Sarcasmland.

7) Earplugs:  Providing earplugs at in our hotel room was not a necessary item, especially because they only provide one for unnecessary recycling purposes.  The earplug was more of a gift, much like a hotel pillow mint, merely requesting you, as said below the earplug, “Let’s keep Portland Quiet”.  This one was internally and externally funny to me.  Accidentally, I ate the earplug.  You don’t want to imagine the internal and external damage which ensued.  I couldn’t keep Portland Quiet.

The following morning, I awakened to dump trucks recycling my ear plug.  So, the only proper means of measurement when called upon in a situation such as this, I pulled out my Barney Fife badge and one phony angry bullet and screamed, ”  “KEEP PORTLAND QUIET!”  All became quiet on the Portland front…..except for my wife who was peacefully sleeping. 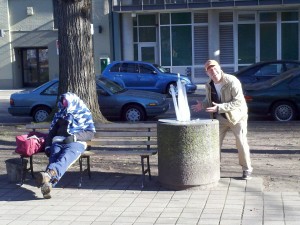 Whatever…..I’m skipping eight.  I’m all about throwing everything away, even if it flies haphazardly into the neighbor’s yard, but c’mon? My brother and I happily did that with the neighbors dog feces.  But, fluorescent lightbulbs in the middle of a park?  This is where it gets weird and dangerous.  Happily, I would sleep in garbage on an overnight stay at the Hilton Trash Can, but I prefer concrete, to light bulb shrapnel.

Ending our journey at a feminist bookstore, my wife was upset because I didn’t take a piss in front of it.  She’s crazy that way.  I just didn’t find it to be proper, especially since the bookstore was closed on the Sunday.  We did read this sign which can only be allowed to be read for the faithful followers of this tidy blog.

Genuinely enjoying the food and the personalities on this friendly tour of a bit of another dimension, we can’t wait to return.  Keep it weird, Portland, but I won’t keep it quiet.

6 thoughts on “It may be as Weird as it Gets (KEEP PORTLAND QUIET!!!)”