While maintaining the summertime theme, this title means absolutely zero regarding Halloween.  I’ll save that for my November blog.  Treats are reserved for those desiring Ding Dongs, Zingers, Wang Doodlers, Twinkies, Pong Paks, and Slappy Sams…..hold on……I may be confusing treats with fireworks. On the flip flop side, there are tricks.  Only one should be reserved for ballplayers!  AND IT’S NOT TREATS!

Let me calm down and explain.  My brother, Tom, and I coached a little league ball team one, and only one summer, for the tricks, not the treats. Coerced (manipulated) by Tom, I accepted the job (his son, Quinn, was a member of the team).  It was difficult denying his offer of no pay, jalapeno heat and pissed off parents knowing zippydadooda NOTHING about baseball.

Showing up at the ballpark two hours before the game, Tom, Russ (my pitching coach comrade), and I would prepare the field.  Russ was our non paid residential good person  preparing the mound for pitchers.  Preparing a mound requires far more time than raking and pounding dirt while sweating profusely.  That’s the easy part.  The hard part is keeping kids with dirt bikes trying to do bunny hops off the prepared pitcher’s mound.  We volunteered our time quite gracefully and enjoyed a few moments over those few hot months.  By a few, I think I mean two, or perhaps, what felt like, five. God Bless our souls.

That summer of coaching could best be characterized by the trinity of fans.  We had the Bumble, Big Gulp, and one other genuinely good man, named Earl, sponsoring  one of our players within the “Big Brother Organization”.  As a spectator and father, Big Gulp’s secondary concern was to bitch and moan about our coaching and where his son should be in the batting order or pitching rotation.  His primary concern was to drink an endless supply of Big Gulps during the game, thus increasing 7-11’s stock drastically in the 1990’s.  Luckily for us coaches, it was nice that he could stick something like a straw, 64 ounces of cola or his foot in his mouth, sparing us from additional whining.

Tom, Russ and I were growing weary of this fellow, but when recognizing someone actually has something, mentally, wrong with them, you make a conscience decision not to beat the hell out of them.  One fine day, ruined by having to coach little league baseball, Tom received a phone call from Big Gulp.  Big Gulp (he reads like a comic book hero) gave notice to Tom that he would not be attending the day’s game, but wanted his son to be the starting pitcher.  Diplomatically, Tom said there was a chance his son may start but wished to speak with me, the assistant coach,before making the decision.  None too pleased with Tom’s non guarantee,  Big Gulp provided meaningless statistics in an attempt to solidify his argument.  Without succumbing to persuasion, and out of curiosity, Tom side swiped the conversation by asking Big Gulp why he wouldn’t be in the stands, or grass that day.  Turns out, Big Gulp had an Elvis Presley impersonation gig that day out of town.  We stopped hating him and felt sorry for him and his child from that day forth.  It did explain some things……such as the side burns.  That was one of the enjoyable moments.

Bumbles don’t really bounce.  The gentleman, or sidekick, perhaps band member of Big Gulp was a man we affectionately labeled “The Bumble”.  His son, equally as crappy as Big Gulp’s, also played on the team.  By play, I mean he wore a uniform and carried a bat.  The Bumble, however, was exceptionally nice, but maintained a gift of gabble, or babble.  Though maintaining his kindness and good sportsmanship, he simply never shut up.

Referencing “The Bumble”, only those thirsting for Rudolph, Charlie Brown, Frosty, and countless other 1970’s classics may remember.  The Bumble was introduced as a Yeti slash Sasquatch like creature haunting, in fact terrifying, bedrooms, closets and tinsel town themed animated Christmas neighborhoods.  That poor giant biped turned out to be a cute, cuddly, furry creature who no one really understood…..other than Tom and me…..until we met the real Bumble.

Humor is so medicinal.  Sometimes it comes without words.  It does arrive with hand or feet gestures, or even a smug grin acknowledging the ridiculousness of a situation.  Suffering through these baseball games, Tom, Russ, I and anyone within 100 miles of this ballpark yearned for something more than mere humor.   We sought relief.  Not from the heat or children who hadn’t tossed a ball before 10 years of age, let alone conception, we just wished to find some solace with summer.  The Bumble provided that solace one day when Tom looked at me and said, “Do you know who he looks like?”.  I replied, “Yeah, The Bumble”.  Tom and I both laughed and the summer felt like winter, without the storms, the ice, red noses and frozen fingers.  Once again, I loved baseball.

Coaching anything requires patience, knowledge, persistence, acceptance, sternness, and two or three straight jackets.  Representing the civilized world, Earl was one of the few members of the baseball and athletic community certifying why sports, humanity, and humility can coexist.

As an intimidating figure, one of which upon approaching Tom and me after a game, we collectively said, “Oh boy, here we go again.  How is this guy going to educate us about the sport of baseball?”  This man approached us, presented his hand, and said, in the most kind and genuine of ways, “Thank you… you have done a wonderful job”.  Acknowledging we hadn’t done a wonderful job, we exhaled relief knowing someone cared not just about baseball, but two or three cats taking time out of their schedule to coach the art of baseball.  This man who approached us was working full time and mentoring a young man who has turned out to be a wonderful adult.  I think that’s when we stopped bitching about summer.

Tom and I were speechless.  Simply, we replied, “You’re welcome”.

Formerly, I was going to bitch about the treats required by parents after a game.  Tom and I received a request to provide treats after the last game.  Our reply was, in a Gannonuttshell……”Negative”.

On a sideshow note,  regarding the appreciative and nice intimidating guy approaching Tom and me following the game……well, twelve years later, I married his daughter.  Isn’t baseball miraculous?  What a treat! 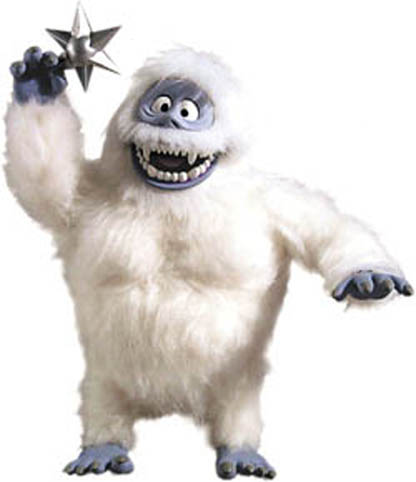 70 thoughts on “Trick or Treats (Big Gulp and the Bumble)”